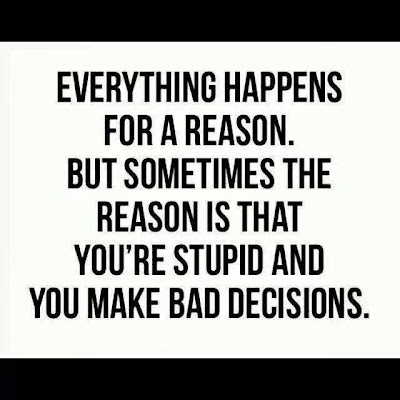 A little boy was waiting for his mother to come out of the grocery store.
As he waited, he was approached by a man who asked, "Son, can you tell me where the Post Office is?"
The little boy replied, "Sure! Just go straight down this street a coupla blocks and turn to your right."
The man thanked the boy kindly and said, "I'm the new pastor in town. I'd like for you to come to church on Sunday. I'll show you how to get to Heaven."
The little boy replied with a chuckle. "You're bullshitting me, right? You don't even know the way to the Post Office”

For one thing this is fully plagiarized

No it isn't
Because I'm not taking credit for it

It's that language thing I try, at all cost, to avoid
I am making an allowance here
Because it's funny

And then the Pres. and family can go to Hawaii

Now I remember what I loved about working retail 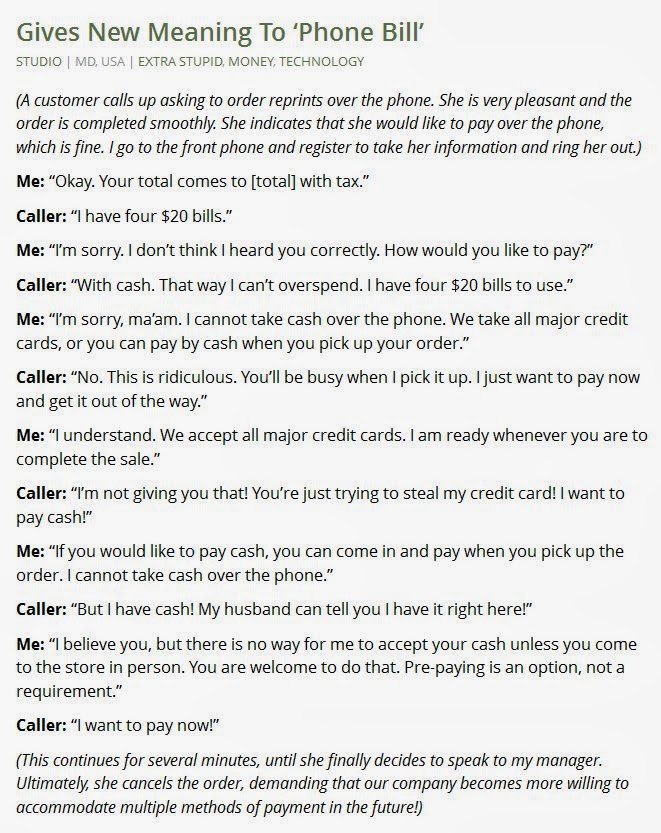 Within the theme of this time of year ...barely 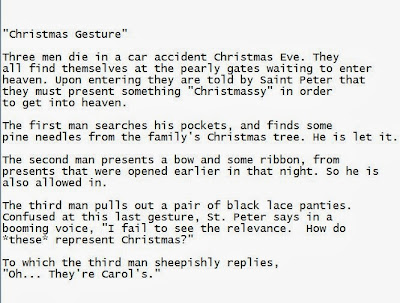 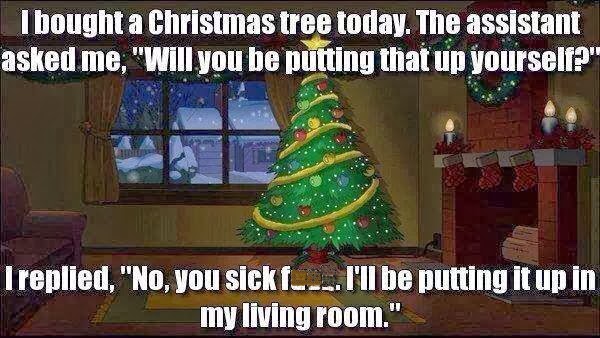 Has it really been almost a week?


So... I was looking at the stats page awhile ago
It's been awhile since traffic was up, probably because I haven't posted
This morning it showed a pretty good bump in page views
Upon checking a little further I found that 64% of those views were from the Ukraine
Now I have a question
Why do we say, "the Ukraine" when we don't say the England, or the Russia, or the China, or the Canada
Then I realized we say "the United States"
So I thought maybe it's countries that start with "U"
But we don't say "the Uganda"


But there are more important things

So first things first
I saw this and, well, you know how this mind works... 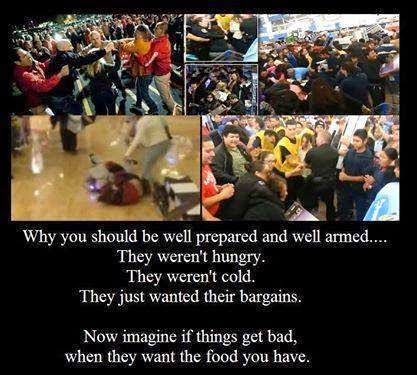 ...it hasn't improved much, people!

It could be a solution to item #1

I could have lived a lifetime without ever seeing this, ever

In closing, I have a little story...

Three Holy Men and a Bear

A Catholic Priest, a Baptist Preacher and a Rabbi all served as Chaplains to the students of Northern Michigan University.

They would get together two or three times a week for coffee and to talk shop.
One day, a parishioner made the comment that preaching to people isn't really all that hard, a real challenge would be to preach to a bear.
One thing led to another, and they decided to do an experiment. They would all go out into the woods, find a bear, preach to it, and attempt to convert it to their religion.
Seven days later, they all came together to discuss their experiences.
Father Flannery, who had his arm in a sling, was on crutches, and had various bandages on his body and limbs, went first.
'Well,' he said, 'I went into the woods and found me a bear. I began to read to him from the Catechism.
Well, that bear wanted nothing to do with me and began to slap me around.
So I quickly grabbed my holy water, sprinkled him and, Holy Mary Mother of God, he became as gentle as a lamb. The Bishop is coming out next week to give him first communion and confirmation.'

Reverend Billy Bob spoke next. He was in a wheelchair, had one arm and both legs in casts, and had an IV drip.

In his best fire-and-brimstone oratory, he exclaimed,  'Well,brothers, I went out and I found  me a bear, and, you know, we Baptists don't sprinkle!. So I began to read to my bear from God's HOLY WORD! But that bear wanted nothing to do with me.
So I took hold of him and we began to wrestle. We wrestled down one hill, up another and down another until we came to a creek. There, I quickly dunked him under and BAPTIZED him. It was amazing, just like you said, he became as gentle as a lamb.  We spent the rest of the day praising Jesus. Hallelujah!
The Priest and the Reverend both looked down at the Rabbi, who was lying in a hospital bed. He was in a body cast and traction with IVs and monitors running in and out of him. He was in really bad shape.

The Rabbi looked up and said: "Looking back on it, circumcision may not have been the best way to start."