The last we heard from him was before Nemo struck the Northeast
He was reminiscing, or whatever you want to call it, about The Blizzard Of '78 and digressing, too

Just as I am
This post isn't at all about Suldog, at least not directly
What I mean is he and I were both tagged in another blog
That's something I know he really, really looks forward to
That's something to which I know he really looks forward (that for you Uncle Skip)
The Cranky old man was ensnared by some other bloggers into revealing some information about himself
Then he followed some arcane rule that said he's supposed to do the same to inflict it upon others
It really isn't as bad as I make it sound
Unless, of course, you'd rather be doing something else?
Naturally, I'm sandbagging so I don't actually have to respond to the post


WHERE WERE YOU BORN 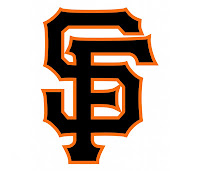 WERE YOU NAMED AFTER SOMEONE?
Not exactly
I picked my name

IF YOU HAVE CHILDREN, HOW MANY DO YOU HAVE?
That is privileged information
and I'm not sure how many

HOW MANY PETS DO YOU HAVE?
One feline

WHAT IS YOUR WORST INJURY?
I have had two or three concussions
which explains plenty

DO YOU HAVE A SPECIAL TALENT?
Ducking responsibility

WHAT'S YOUR FAVORITE THING TO BAKE?
I've had some half-baked ideas

WOULD YOU BUNGEE JUMP?
Only if there's no other choice that less risky

WHAT IS THE FIRST THING YOU NOTICE ABOUT PEOPLE?
Whether they pick their nose with their right or left hand
and that's only because it's impolite to watch which hand they wipe their...

WHEN WAS THE LAST TIME YOU CRIED?
When I saw I was tagged with this meme

ANY CURRENT WORRIES?
No, both the AC and DC are working fine

WHAT'S YOUR FAVORITE BOOK?
When Will Jesus Bring The Pork Chops?
by George Carlin

WOULD YOU LIKE TO BE A PIRATE?
You mean I'm not a pirate?

WHY DO YOU BLOG?
It's Carolina Brinkman's fault

WHAT SONG DO YOU WANT PLAYED AT YOUR FUNERAL?
There will be no funeral
Everyone's gonna party
Then they're goin' to a baseball game

WHAT IS YOUR LEAST FAVORITE THING ABOUT YOURSELF?
Lack of candor

WHAT DO YOU LOOK FOR IN A FRIEND?
Mutual respect

NAME SOMETHING YOU'VE DONE THAT YOU NEVER THOUGHT YOU'D DO:
A blog...
thanks a lot Carolina

FAVORITE FUN THINGS TO DO:
Stir the pot and lick the spoon

WHAT'S THE LAST THING THAT MADE YOU LAUGH?
Redneck Love Poem
It reminded me of my brother
Don't tell him because he doesn't know we're related


Seriously, Suldog would usually have made some kind of response to a meme like that by now
But he hasn't post to his blog in more than a week
There's been nothing from him on Facebook for five days
Could it be that Sully is the less than 1% of his community that's without power?

Anyhow, this is where we're supposed to victimize tag others
I can think of a few folks I'd like to know more about
But they never did anything to me so I will do what Uncle Skip did
Feel free to take up the challenge, but there's no obligation

Labels: from his blog, GOOD GRIEF, I stole the image