In for a penny

In for a Euro
Dang!
I forgot the Irish went over

Anyhow, if I'm gonna comment on a day, I may as well go all in 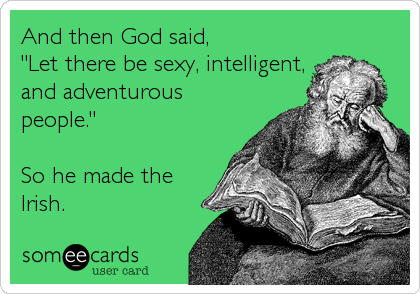 That said, I went back and looked at what I posted two years ago:


An old Irish farmer's dog goes missing and he's inconsolable.
His wife says "Why don't you put an advert in the paper?"
He does, but two weeks later the dog is still missing.
"What did you put in the paper?" his wife asks.
"Here boy" he replies.

Worse, there's more from where that originally came
I'll spare ya