You know what we're gonna be bombarded with tomorrow...


That's right
Every second person in the western part of the Northern Hemisphere is going to wear some green and add either an "O" or a "Mc" to the first part of his last name
Worse, they're going to try to speak in a brogue and they'll sound like they're imitating an American Indian named Kim O'Sabe (thing Lone Ranger)
I've already seen a bunch of four leaf clovers posted here and there
What's that supposed to mean
The symbol St Patrick used was a shamrock with three leaves
The three leaves representing the Holy Trinity
You know... Father, Son, and Holy Ghost

Enough o' that
I don't talk about religion much
...and I about rhymed that, which wouldn't have been pretty 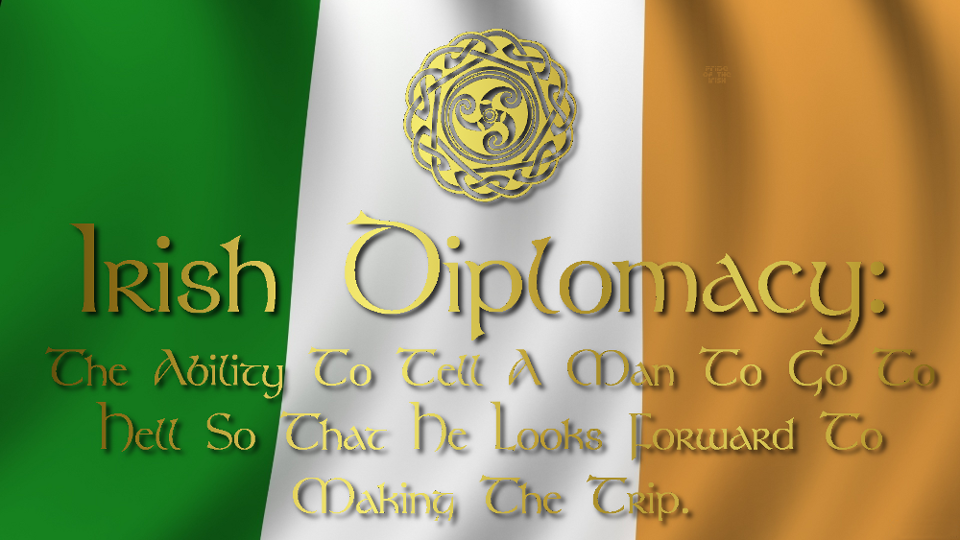