This must be true

I've seen it so many times 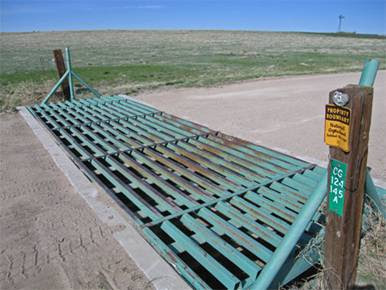 For those of you who have never traveled to the west, or southwest, cattle guards are horizontal steel rails placed at fence openings, in dug-out places in the roads adjacent to highways (sometimes across highways), to prevent cattle from crossing over that area. For some reason the cattle will not step on the "guards," probably because they fear getting their feet caught between the rails.

A few months ago, President Obama received and was reading a report that there were over 100,000 cattle guards in Colorado. Colorado ranchers had protested his proposed changes in grazing policies, so he ordered the Secretary of the Interior to fire half of the "cattle" guards immediately!!

Before the Secretary of the Interior could respond and presumably try to straighten him out, Vice-President, Joe Biden, intervened with a request that.. before any "cattle" guards were fired, they be given six months of retraining.

Maybe they could train them to be BLOG guards... to prevent these monthly hiccups?
Posted by IT (aka Ivan Toblog) at 5:57 AM