I guess the best way to do this is to show you the questions?
This is how they appeared 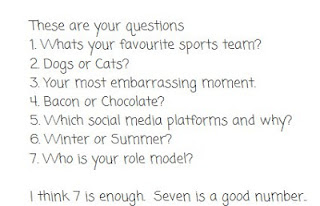 Seven is a good number
It's easier than anything but six, five, four, three, two, or one
Here's one:

Labels: following on, pull my finger